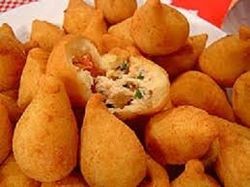 Gostoso has been at the Nelson Farmers Market for over three years. Davi, Brazilian by birth, has been in New Zealand for 14 years. When he arrived in New Zealand he began working in restaurants and ultimately took a 2 year cooking course at NMIT whilst working at Harbour Lights Bistro.

After a few years as a stay-at-home dad, Davi was ready to return to work but wanted to do this on his own terms. He liked the idea of being his own boss and doing much of the preparation at home. Drawing on his Brazilian heritage he developed the concept of producing Brazilian snacks. His concept was Brazilian food which New Zealanders would recognise and be prepared to try. After much trial and error he perfected his recipes and Gostoso was born. He wanted his food to be snack sized so people would try different items. Fortunately, Davi choose the Nelson Farmers Market to sell his products and the rest is history.

Davi really likes the Nelson Farmers Market and he has a large number of regulars who pop on down for their weekly tasty fix. He likes that people get to know you and your products. A significant portion of the ingredients for his products comes from the Market. Whilst his products look like fast food, he actually makes everything from scratch using raw ingredients and this includes sauces, pastry, dough, coxinha filling, chilli sauce and chilli oil. 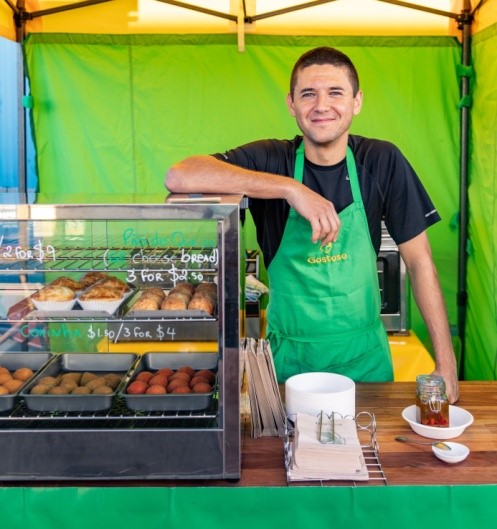