Rainbow Kitchen is a small family owned business making organic, vegan, gluten free and colourful pies. They started at the Farmers Market in 2019 and since then the demand has been growing. Kiwis love pies!!!

Pato grew up in Chile and came to New Zealand 8 years ago with his partner, Tereze who is from Czech Republic. Pato has been cooking since he was 12 years old, making food and selling it in his neighbourhood. He has awesome memories of being in the kitchen and learning from his Godmother and mother.

Rainbow Kitchen is literally a dream come true! Tereza had a dream of Pato in a rainbow food cart cooking for people. He wanted to return to the Nelson Farmers Market, having previously been here with Magic Garden, so decided to make colourful pies, and thus Rainbow Kitchen was born. Pato has since won a number of awards at the Vegan Pie Awards for several of his pies.

Rainbow Kitchen is very aware about the waste and the carbon footprint that the business produces so they are always looking for options on how to produce less waste and less harm to the environment. Their goal is to have a business with a minimal impact in our environment, producing organic and plant based food with production from local growers and less waste as possible.

Due to the success and demand for Rainbow Kitchens pies, Rodrigo now sells the pies at the Market whilst Pato continues to make them.

A mouth watering selection of vegan pies which are available all year round: 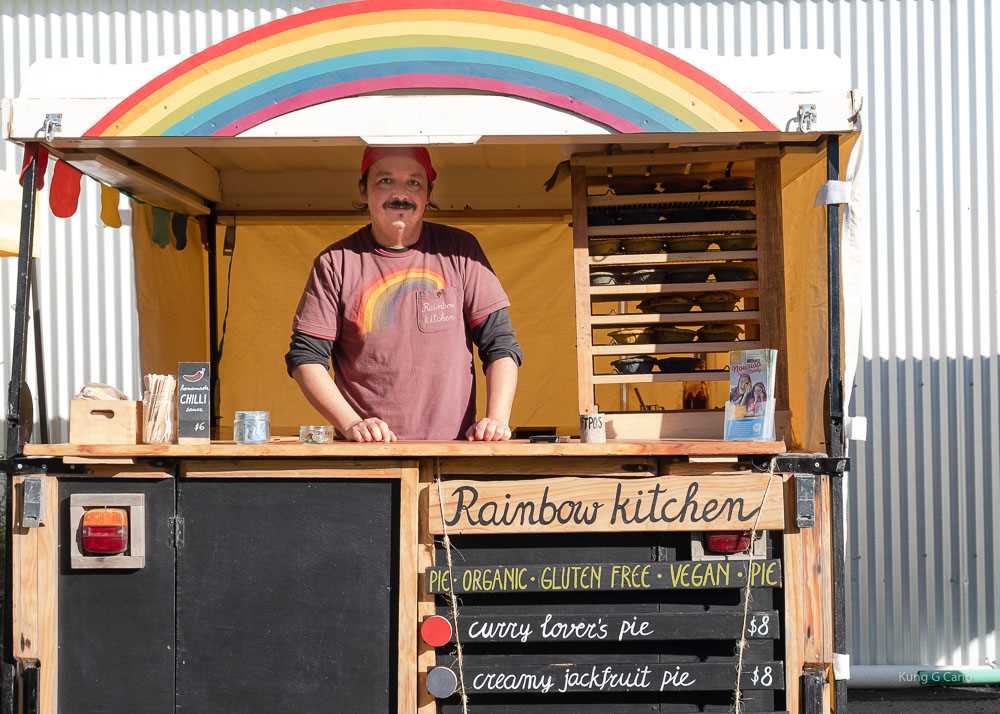