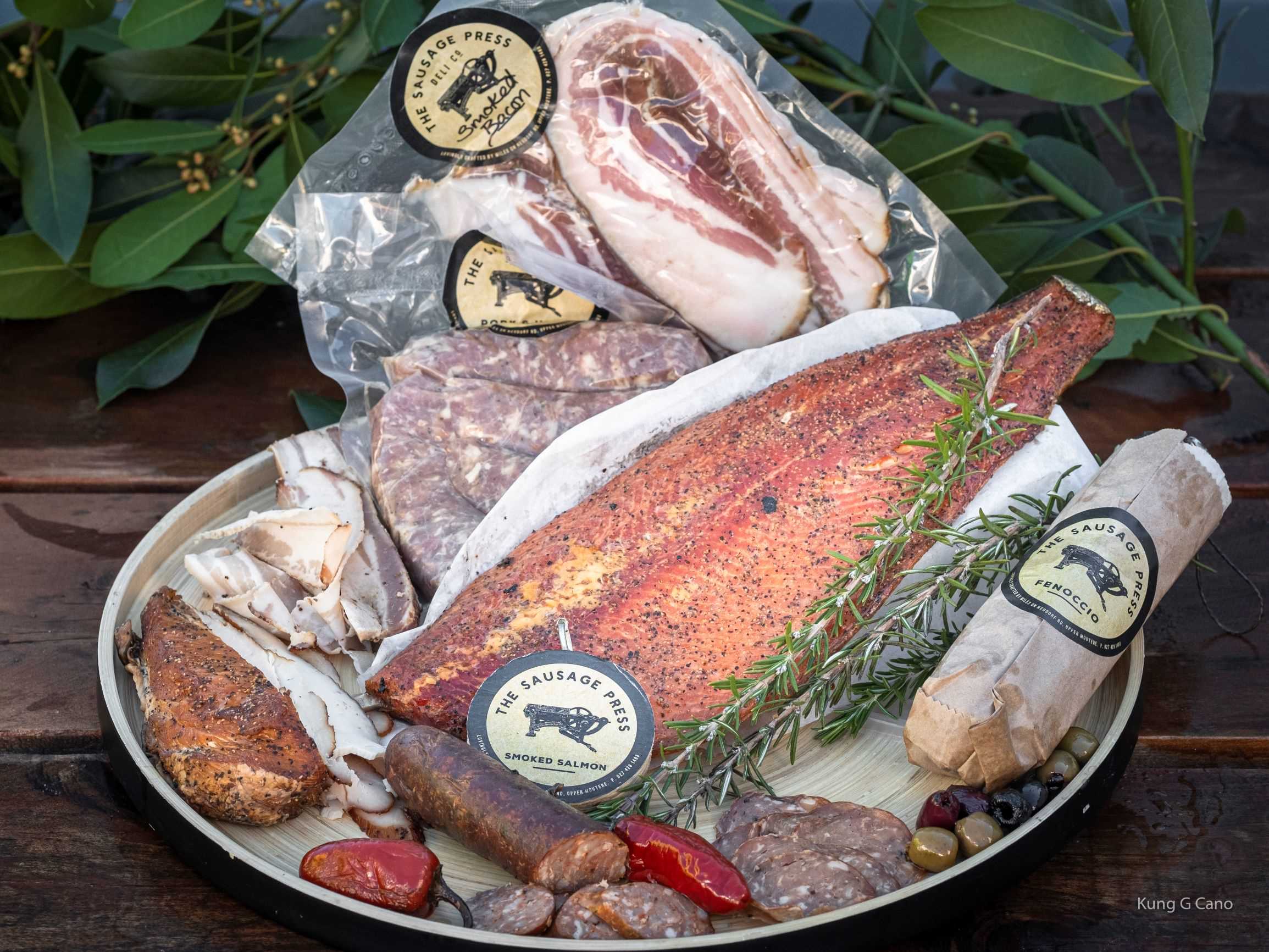 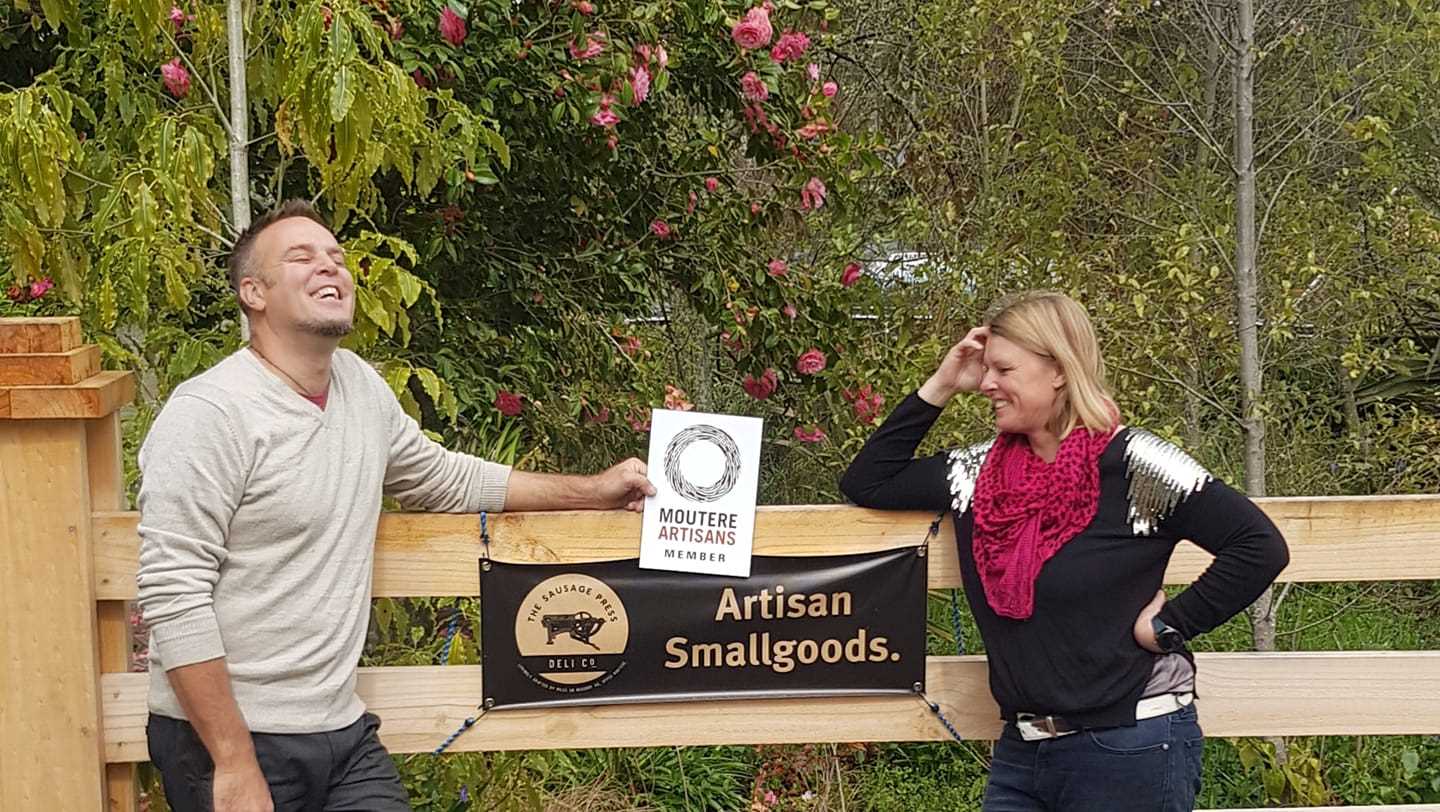 Miles and Steph Drewery owned cafes in Christchurch and moved to Nelson in 2008 and opened Miles of Food in Richmond. The idea behind this was to create a deli café with local produce and their own handmade deli meats, but the café took over and they were unable to concentrate on the small goods.  After 10 years they were ready for a change so sold the cafe and set up The Sausage Press Deli Co.

The name and brand of The Sausage Press Deli Co is deeply imbedded in Miles’ heritage. The sausage machine had been passed onto him from his father who was a salami maker in Auckland in the 1980s. It is a 1914 cast hand wound press made in Sheffield by the Silent Machine Company. Miles and Steph decided the name had to be The Sausage Press and the machine itself is proudly displayed as their logo.