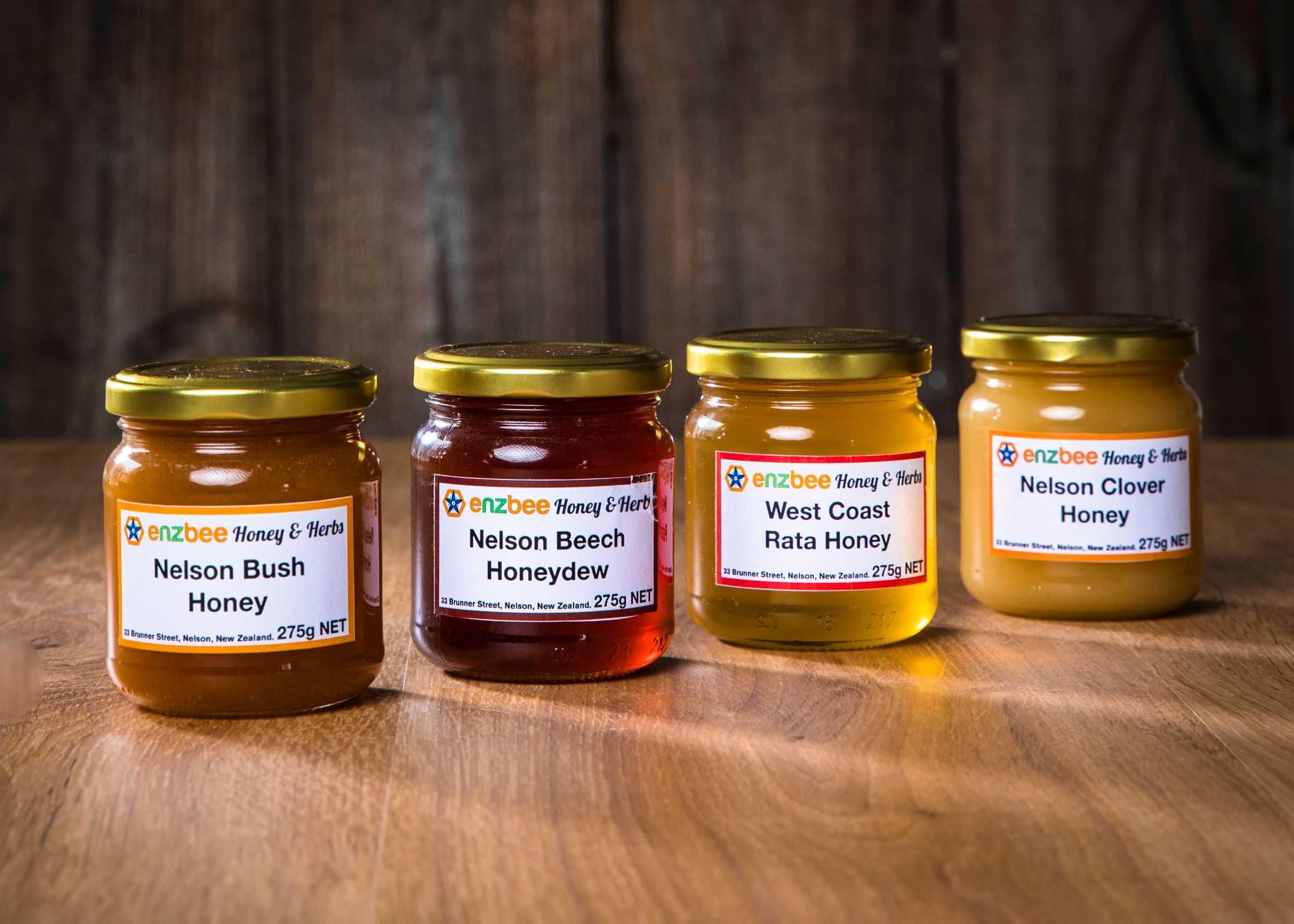 Warren first learned about bees as a youngster helping his father in Australia. As an adult he trained as a psychiatric nurse but when he moved to New Zealand in 1983 he got back into bees. Warren was living in Nelson but travelling down to Christchurch where he was working at Sunnyside Psychiatric Hospital. He was given a swarm by a contact in Christchurch so built a hive and brought the swarm back to Nelson. Warren continued to work as a nurse at Ngawhatu, Braemar and Alexander Hospitals for several years but continued to grow and develop his bees.

Eventually his beekeeping hobby became a full-time job and he left nursing around 15 years ago. He now has over 40 hives all over Nelson and the West Coast which is why he is able to produce such a wide range of honey. A big challenge over the past years is controlling the varroa mite. Bees now can’t survive without human intervention and Warren has to treat the bees twice a year.

Warren was part of the original Farmers Market in Founders Park and he has been a stallholder for 16 years. Warren loves the whole ethos of the Farmers Market, buying direct from the producer and supporting local industry. He is very proud to be a consistent producer of top quality honey which is sold in glass jars. He gets very good feedback over the taste and texture of his honey and really enjoys introducing honey to young people. 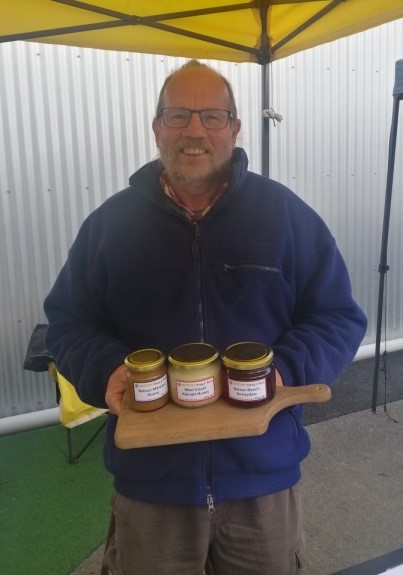